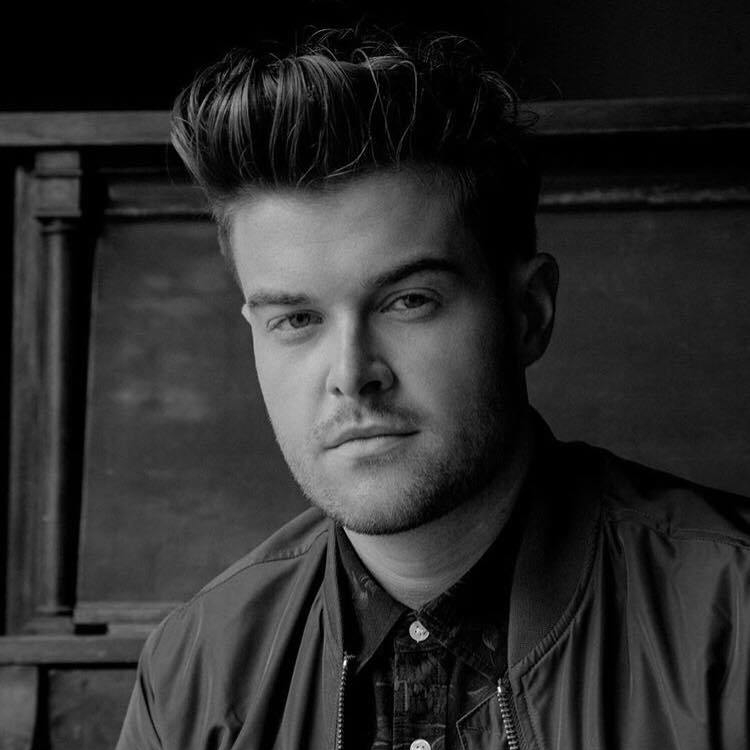 Dallas to L.A. soul-pop crooner Liam Grae joins at the lavish new espresso bar at DTLA’s RVCC Intersect to discuss his thoughts on fighting for the audience’s attention, using music to connect with human beings, and remembering to separate personal time from artist time.

You’re riding the highs of your incredibly well-received single, “Round Two.” Would you like to share with us the story behind the lyrics as well as your choices in the instrumentation?

Liam Grae: “Round Two” was the brainchild of Ariel MacArthur and I. We wanted to craft a song that took a different perspective of the normal relationship dynamic. I wanted to communicate how the truth always seems to slip out when alcohol is involved, and how that affects so many relationships. It’s the idea of ‘Everything is perfect, until it isn’t.’

How was the songwriting and recording process for “Round Two,” different than that of your previous singles?

Liam: The process of writing “Round Two” was special. Meeting Arielle, and being able to connect on such a deep level quickly helped us craft a song that was both personal and intimate. “Round Two,” instrumentally, draws inspiration from multiple genres and eras. I immediately got hooked by the acoustic guitar melody, which was underscored by big “boxy” percussion. During this time, I was listening a lot to older jam bands that were able to layer interesting elements over similar chords to make the song move and grow over a central idea. As we were crafting the song, we wanted the song to feel less like verse/chorus, and more like hook after hook.  This song draws inspiration from Gotye and Hozier, who both layer soulful vocals over organic pop production, which adds warmth and depth to the overall dynamic of the song. Overall, I always want to push the boundaries to what is acceptable in pop music, and to go against the grain to what most people consider ‘pop music.

If you could choose three artists to go on a world tour with, who would they be and what would you name your tour?

Liam: I’ve thought about this, and I have to say, the three names that always pop up in my mind are Leon Bridges, Labrinth, and Marc E. Bassy. I think if the four of us ever toured together, I would want to name it like the ‘Rat Pack Tour,’ and just have this whole new re-imagination of what that was because you’ve got four very unique styles with a really nice throwback feel to it.

That would be so awesome! Count me in!

Liam: Yeah! We’ve got one person! *both laugh*

With the way that modern music listening has been focused more on the streaming aspect and singles based and EP style releases, why do you think modern listeners lean more towards those styles nowadays?

Liam: I think right now, getting anyone’s attention is very hard. Everything is so over-saturated that releasing albums is a bit outdated and a bit archaic at the moment, because people need new songs in order to grab your attention quickly. I think that’s the reason why singles and short EPs have replaced albums, but I think there are pros and cons to both. For me and my career right now, releasing singles gives me a lot more control and a lot more creative input into what I’m releasing where I’m not glued into a long album. It gives me flexibility to communicate the way I want to communicate with my fans.

Speaking of over-saturation, social media right now is just filled with too much of everything.

And also, it’s pretty much the main form of marketing whether we like to accept it or not.

Do you think that it helps or hurts artists who are trying to make a name for themselves?

Liam: I think it’s a double edged sword, to be honest with you. On one hand, it gives me the tools to reach audiences from Los Angeles to Germany to Asia very quickly. But on the other hand, everything about it is oversaturated. Everyone and their dog and their accountant has an Instagram. Everyone is trying to push on Instagram right now.

And sometimes those dogs are more popular than actual people. *both laugh*

Liam: They are waaay more popular, it’s insane! But in regards to social media, I don’t think we have found that balance yet between the old school way of having managers and labels run the scene to where now there’s just so much going on that no one can be seen. I think in the next few years there’s going to be a balancing effect that kind of returns to a middle ground.

Do you feel that social media puts a pressure on artists to portray themselves in certain ways, voice their opinions on certain topics, or constantly have something going on to share with their audience?

Liam: Oh yeah, definitely. Living in Los Angeles for a while, I’ve realized that everything is smoke and mirrors here, and I think that’s what Instagram really is these days. Everyone’s trying to showcase that they’re doing big things, and you know, people are admiring what they’re doing, but they don’t have time for anyone. I think that’s very disingenuous, and I think the point of being an artist is being honest and open. You see now, even the most famous people out there have times of loneliness and times of anxiety, and just aren’t picture perfect all the time. And so, I just refuse to live in that standard of social media fake-ness. That’s not who I am.

Absolutely. And I mean, there’s a reason why a lot of these celebrities feel like they need a social media break.

Liam: It’s insane that we are more connected than we’ve ever been in the history of humankind, and yet, I feel like people are more lonely now than ever. It’s a very interesting dichotomy between the two. I don’t find my value in social media. I use it as a tool to connect to people, but at the end of the day, I’m a normal human being just like anyone else.

So how do you balance your personal life with your professional life?

You’re just like, ‘What is life? Am I even really here right now? *laughs*

Liam: That’s an existential answer. *laughs* I’m super blessed with a good, supportive family, so I try my best to keep in contact with them as much as possible. I think the balance is, everyone has the same amount of time each day to choose what they want to do with that time, and so, I think you have to kind of compartmentalize work time and normal time. You also have to realize that the people who truly love you will always be there, regardless of gold records, but I think at the same time, you have to try to separate the personal time from the artist time. I think in that sense alone, compartmentalizing is very healthy, and that’s what I try to do.

We could all learn a bit from you about time management. *laughs*

Liam: *laughs* I’m by far no expert, but trying is better than not trying, you know?

And if you could give your younger self some advice in regards to what you’ve experienced so far with music or with life in general, what advice would you give him?

Liam: Basically, I would say two things. One: I would say to slow down. I think sometimes I get ahead of myself and I expect things to happen quicker than they will, so that would be one of the big themes. And then the second would be to just not stress the small things. I think sometimes you get so caught up in the social media numbers or the who’s who of L.A., and you get so caught up in the scene of it all that you just forget to realize ‘L.A. is not who I am.’ If you just take the time to slow down and realize that, it’s easier to let the art speak for itself and to count your blessings.

And it’s how you said “L.A. is not who I am.” because you have people, including myself, come from small towns trying to achieve their dreams. But then you go home and they automatically think  that you’re super successful because you live in L.A. It’s like, ‘You do understand how hard it is to live here, right?’ It ain’t all sunshine and rainbows all the time.

Liam: Yeah, it’s insane. And it’s funny, like, a friend of mine from way back in the day always told me this, and I didn’t believe them, but they said, ‘To be an artist is to suffer. You learn how to suffer, and then you keep going.’

And that’s why we have so many amazing songs about perseverance!

Absolutely. And I mean, even as a music listener, we’re looking for an artist to connect to, and that’s when the lyrics are all here. You fall in love with an artist because you realize that artist understands exactly what you’re going through.

Liam: Yeah, and it’s being able to communicate with human beings regardless of race, religion, sex, all of that, that artists should strive for in their music because there’s certain emotions that every human being experiences and can connect with. I’m much more concerned about that than wearing a certain designer, or looking and acting a certain way, or having enough followers on Instagram, because at the end of the day your art is what will connect with people.

Yeah! And what do you hope your audience will take away from your music?

Liam: If nothing else, I hope they can take away a sense of not being afraid of being yourself. I think that’s one thing I try to convey in my music. Like, I don’t have tattoos and I’m kind of an old soul at heart, but at the same time, I don’t filter myself and I’m going to say exactly what I want to say. I’m trying to combine an old-school style with a new school honesty to the lyrics. I think that’s where I sit as Liam Grae, just kind of a balancing act between the two.

And to end us off, apart from continuing to ride the success of “Round Two,” what other exciting things should we be expecting from you in the near future?

Liam: Currently, I have been hunkered down in the studio with my team writers and producers working on my new music. I can’t disclose specifics yet, but am confident that 2020 will be a huge year for my team and I!

Hidden gems are all the rage and RVCC Intersect is definitely one of the more luxe shops. Nestled in between DTLA’s Fashion District and East L.A.’s Boyle Heights lives a trendy business building that is home to a barbershop (Etiquette Barbers), a tattoo parlor (The Los Angeles River Tattoo Company), and of course, an espresso bar. In a way, it’s almost like a speakeasy version of your go-to shops with specialty recipes and a rich, lounge-y atmosphere. I got the shaken iced lavender latte with oat milk, and perched myself at one of their cushy armchairs to take in the delicious smells of freshly roasted coffee, light modern music dancing in the background, and imagining the different types of events that could take place here.